Get creative: decorating on a budget 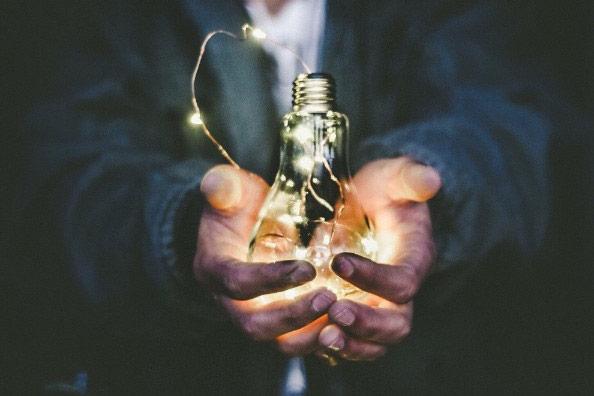 Inspiration can be many things, and it can mean different things to different people. You can search for it, hide it, find it, draw it, lose it, take it, wait for it and give it – and there’s no knowing when it might appear.

Inspiration can be an object, a person, a place, yourself or even the unknown. It can be all these things and more, which is what makes it so diverse and yet so fundamental to our being.

Originally taken from the Latin, ‘inspirare’, meaning to draw breath, inspiration is about looking for new ways to see the world so that we can create something new. It provokes thought and allows us to expand our minds as well as see things in a new light. It helps us improve, learn and understand.

And, above all else, when it comes to art, inspiration is where it all begins.

What are art prompts?

When you love to draw but you’re not sure where to begin, inspiration is key – but it can’t always be forced. Sometimes you need something a little more concrete – an image, a description or even a story. Writing prompts are commonly used among creative writing groups and the same can be done for drawing.

Drawing or art prompts, however, can be a little short and sometimes you need more than a few words to conjure up an image.

Helping to give you that inspirational boost you have been looking for, we have written a selection of short stories, to help you conjure up a selection of scenes, expressions and emotions, needed to get you started.

And if you don't already have one, check out our Wooden Drawing Boards so you can get yourself all set up.

A moment in time

“Is it far?” she said, as they wandered through the woods.

The man was silent, his eyes fixed ahead.

The girl looked back down, searching the damp, pressed soil for roots and broken branches.

As each minute passed, the trees seemed to thicken, their bark withered and worn.

Up above, the sunlight flickered its way through the leaves, piercing the canopy and bringing brief flashes of warmth.

The man stopped. There was a split in the path. Like two veins, channelling their way through the Earth’s crust, they diverged and curled off out of sight.

“Which way now?” she said. There was no answer.

She looked up. The man had gone.

Gripping the edges of her coat, she moved tentatively towards the rift.

After reaching the divide, she stopped - searching for inspiration.

It was then the forest dimmed momentarily under the cloud-marbled sky. As the warmth returned, one path seemed to glow brighter than the other.

The girl set off, following the path into the distance, until her silhouette blurred with the horizon.

And at that, she was gone. 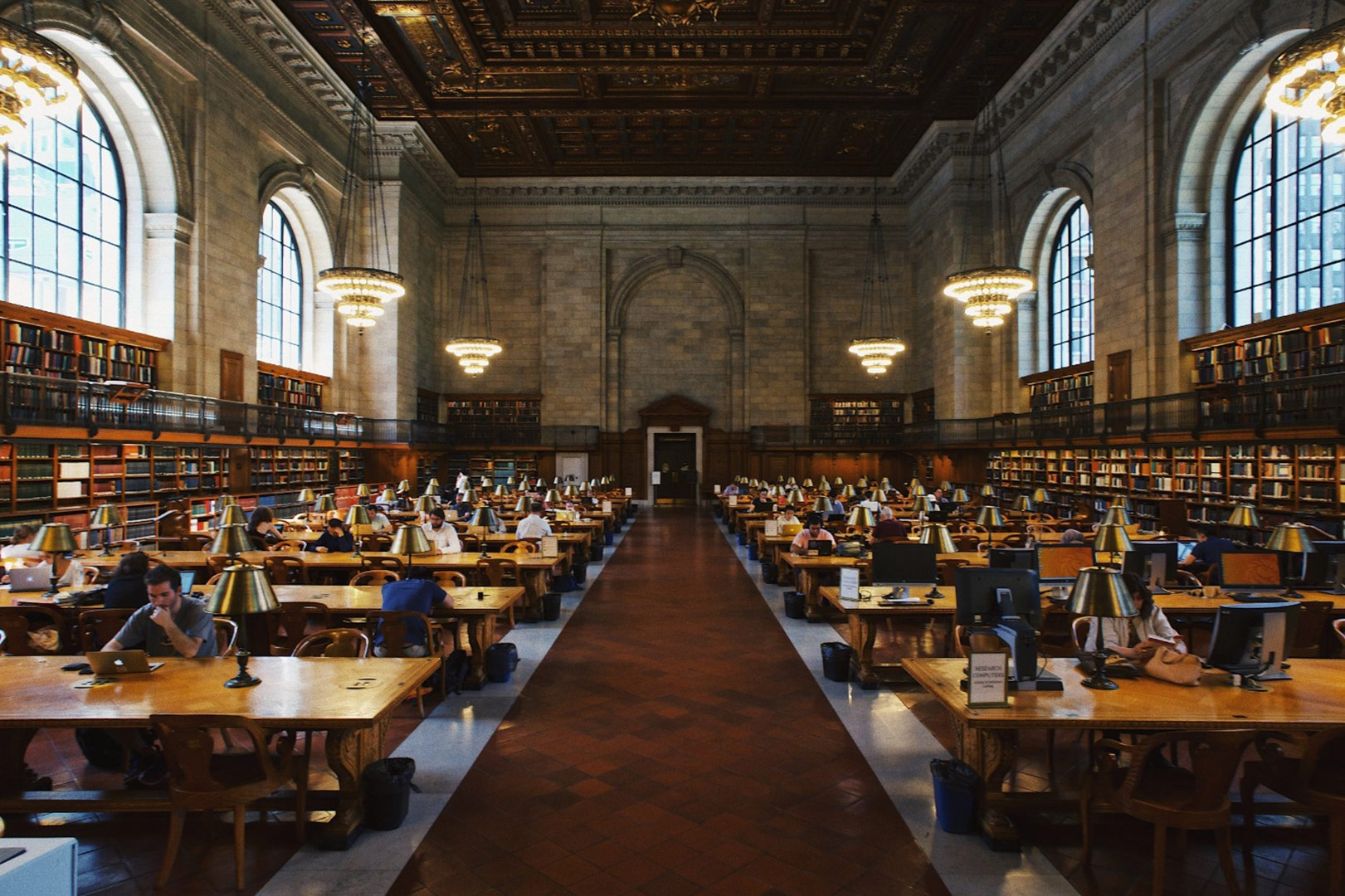 Books laid flat across the table, she leafed through her scatter of notes and diagrams.

Running her fingers over the underlay of each page, she could feel where she’d pressed too hard and the words had sunk; ingrained in the paper.

The library was old and carried a thick scent of wooden floors and vanilla decay. The shelves were compact; each book sat neatly in its place, each page, each sentence, each word, bound and stitched.

Upstairs, was the reading room. The desks were heavy and oversized. Every day she sat in the back corner, mostly too preoccupied with her thoughts to study.

A month into her routine, she noticed a man with a similar schedule to her: he arrived at the same time each day and would sit at the same desk. Carrying a half-empty backpack, he wore a dark green jacket and tan leather shoes.

Adjusting his glasses, he’d place the backpack down, hang his coat on the chair and take out the same two items: a red, cloth-covered book and an unopened tin of sardines.

Sitting down on the domed leather chair, he would open the book and place one hand over the tin, which he held softly underneath his fingers as he read.

His face crinkled with age, he looked peaceful and contemplative. When it finally came to closing time, he would place the two items back in his bag, re-adorn his coat and follow the exit signs.

Days passed, then weeks. The same regime. The girl found herself looking out for him – it was comforting to pass the time with such an intriguing yet gentle character. The peculiarity of his routine made her smile – perhaps, slightly disdainfully – but there was no malice.

It was then that something changed. Looking up one Tuesday afternoon, the girl saw the man arrive at his usual time, but his expression was different. His face was still filled with kindness, but his eyes spoke of sorrow. Bag decanted, coat hung, he lifted out his book and sat at his desk.

Eyes fixed, she waited for the man to bring out his tin. His hand remained empty as he stared at his book.

Withdrawing her attention, the girl looked back down, gripping onto her ink-stained pen.

It’s strange, she thought, the things you miss when they’re gone. 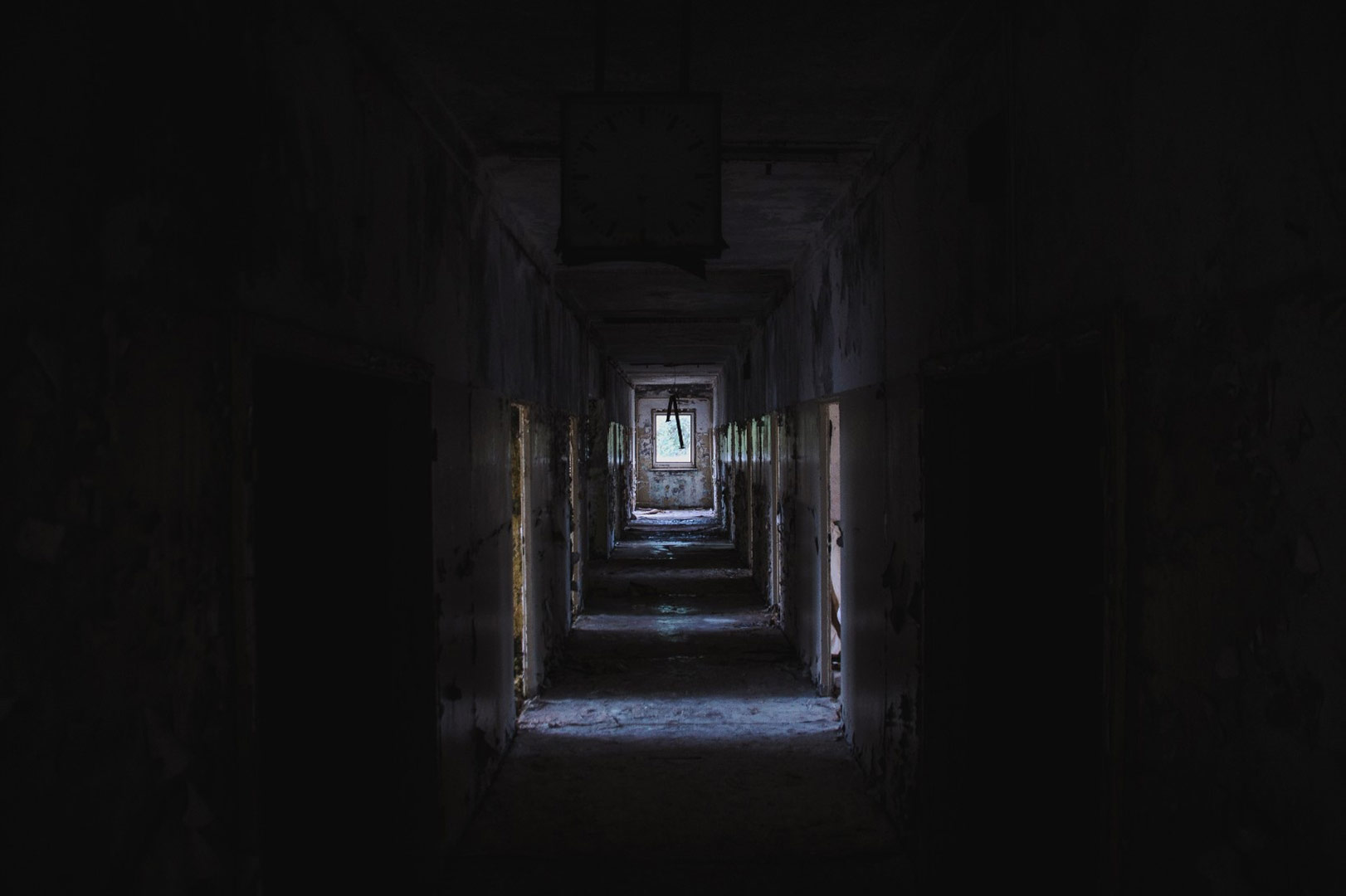 “It feels sore,” he said, stumbling barefoot along the road.

As they walked, the sky circled with angels, their wings pure white, spread wide under the golden sun.

As the evening set in, the shadows started to advance across the city as the air cooled and thinned.

He reached underneath his t-shirt and scratched the wounds on his back. Like tracks, the two slits ran around the inside of each shoulder blade. The scar tissue was raised – rough from where he’d been cut.

“Can you still fly?” his friend asked. “There’s only one way to find out,” he said.

Thinking back to that night, he felt guilty. Had he deserved this? Was he meant to stay on Earth?

The angels rose higher, following the light towards the horizon. He tried to remember what it was like to feel weightless. High above the ground, observing the fates of many.

Passing an empty block of flats, he noticed a fire escape hinged open. Seeing his chance, he slipped in through the door and disappeared.

“What are you doing?”

“Finding out,” said the voice from inside the stairwell.

His friend followed, his own wings lay closed along his back, the soft feathers lightly brushing the cold, concrete steps as they climbed.

“How much longer to the top?”

Their breath became heavier as they climbed up into the darkness. Finally, the entrance to the roof burst open and their faces basked in the remains of the sunlight. Walking towards the edge, he arched his back.

“Are you sure you want to do this?”

Stepping up onto the lip, he looked up and gazed at what he had once had.

Heart pounding, he closed his eyes, 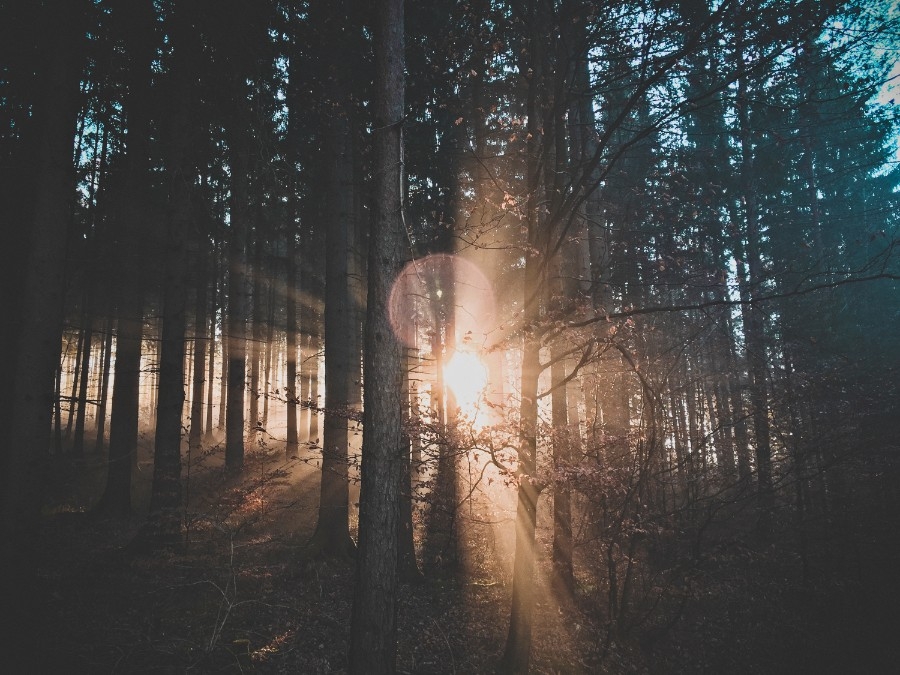 Lifting the lid, the steam coiled up over the bubbling stew as water condensed and dripped back down into the pan. The fire crackled and the candles around the room dripped with oily wax as they smoked and flickered.

She gave the heavy broth one full stir, beat the spoon twice on the side and replaced the lid. The wind howled outside, and the snow was now falling thick against the window pane. Sitting back down near the fire, she tugged the blanket across her lap, attempting to conserve some of her last remaining body heat.

It was then the gentle hubbub of the house was cut sharply by a loud voice from outside.

As she stood up, her balance was knocked, and her ears felt compressed like she was underwater.

Beyond the woods there was a sudden thud. More voices. They had been coming and going for a few days now but whenever she looked, there was no one to be seen. No fires lit, no knocks at the door – nothing.

Lowering her stew to a simmer she grabbed her coat and took to the door.

Trudging through the snow, it was hard to see with the blizzard swirling around her. Each flake seemed to glisten before it disappeared – whisked off on a white current. She pulled her coat tight across her body.

Shoulders hunched, she entered the woods. Another shriek. Her ears felt compressed again as the Earth shook and she stumbled slightly.

It was then that a light appeared through the trees. The voices seemed to get louder as she walked towards it, her heart pounding against her chest.

She came to a halt. A wall of ice was blocking her way. Cold and clear, it stretched as far as she could see. Looking up, it arched into the sky – there was no way round.

The light was now painfully bright; her eyes straining as she searched.

The voices stopped as if they were holding their breath. Then one of them spoke: “Evie, look.”

A shadow moved across the light. Eyes wide, she could make out a dark circle on the ice which then faded and disappeared.

Heading back into the woods, the snow calmed, and the wind fell. The trees loomed and stared back as she closed the door.

Removing her coat, she tended to dinner.

Thomas had seen better days. His fur, slightly matted, was speckled with leaves and bits of sand.

Eyes closed, he liked to contemplate the intricacies of life while stretched out against the garden gate – his face propped up by the iron rods.

A cat of an established age, his senses were dulled, and his vision poor.

The path was his favourite spot – not only a sun trap but a great vantage point – all within close range of his dinner bowl.

Mice and snails would pass him by and his paws would stay still – tucked under his body or stretched out as he lolled in a soft, monochrome heap.

Every morning, Thomas would retreat to his spot. Unaware of what anomalies the day would bring; occasionally glancing round his territory for trespassers and the like.

His owner, Beryl, loved him very much. Silver haired, she wore cobbled shoes and a knitted beret. Her grey coat stopped just above her ankles.

Calling in her warm, ragged companion, she’d always put out slightly too much food.

Posted in: Get creative: decorating on a budget
Posted By: tom_admin
Search The Blog
Categories
Recent Posts