How To Play Beer Pong

Get messy: at home with the kids

How To Play Beer Pong 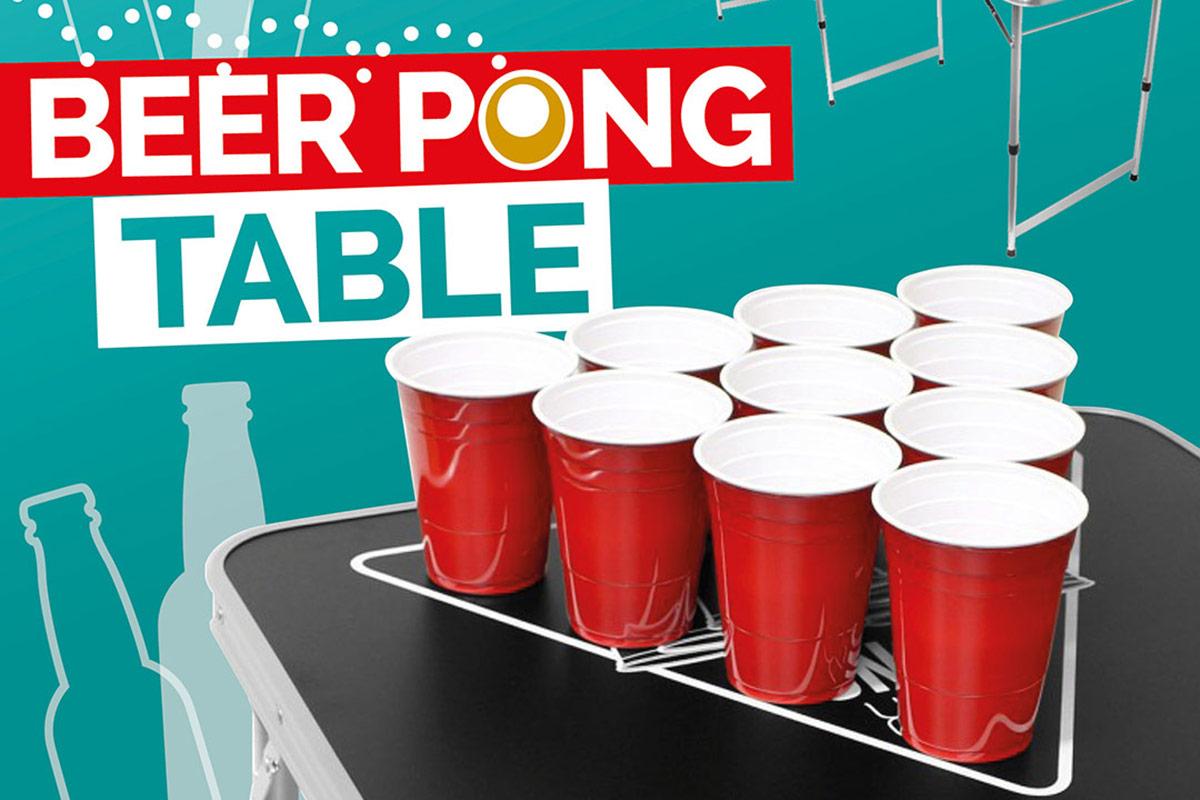 Beer pong is a great game for grown-up parties and get-togethers and is the perfect way to socialise – especially if you are a student at university.

You can play one-on-one or in teams, and the idea is to take it in turns to throw a ping-pong ball into your opponent’s beer-filled cups. If the ball lands in the cup, they have to drink its contents!

• A handful of ping-pong balls

• A bowl of water for washing the ping-pong balls

• Some kitchen roll to wipe up any spillages 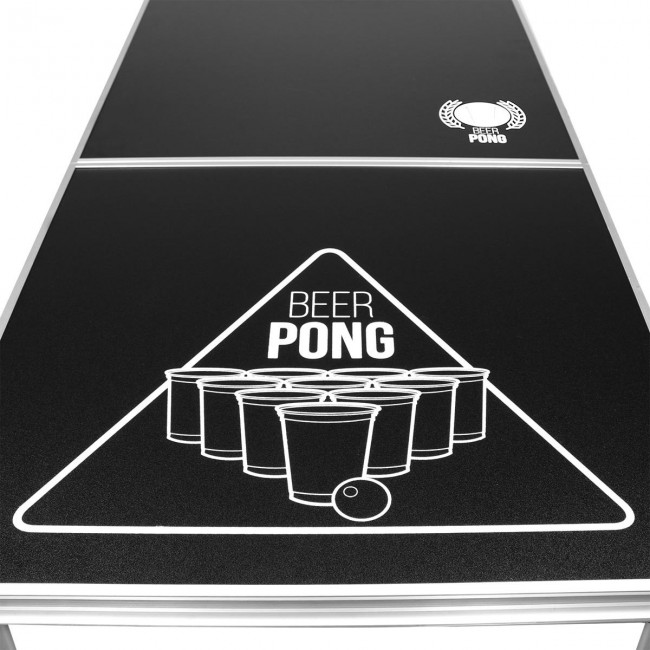 Set up a beer pong table and at each end, arrange a triangle of cups (10 in each triangle). The point of each triangle should face inwards towards the opposing team.

Arrange so there is 1 cup, then 2, 3 and then a row of 4 at the back. Quarter fill your cups with beer or another beverage.

Beer should be used for over-18s only and it’s a good idea to have some snacks and soft drinks on-hand while you play.

Wash your ping-pong balls so they are clean and you’re ready to begin! First you will need to determine who goes first. You can do this by flipping a coin or playing rock, paper scissors. The winner can then choose who goes first.

Each player will take it in turns to attempt to throw a ping-pong ball into an opposing team’s cup. One ball is thrown per turn. Balls can be thrown either directly into a cup or it can be bounced on the table. If a ball lands in a cup, the opposing team member must drink its contents.

If you are playing in teams of more than one person, you can take it turns to drink. Once a cup is empty, set it aside or place it in the recycling bin if you are finished with it. Once you are down to 4 cups, arrange in a diamond shape so they don’t get knocked over.

The person or team that runs out of cups first, loses – so the opposing team wins. 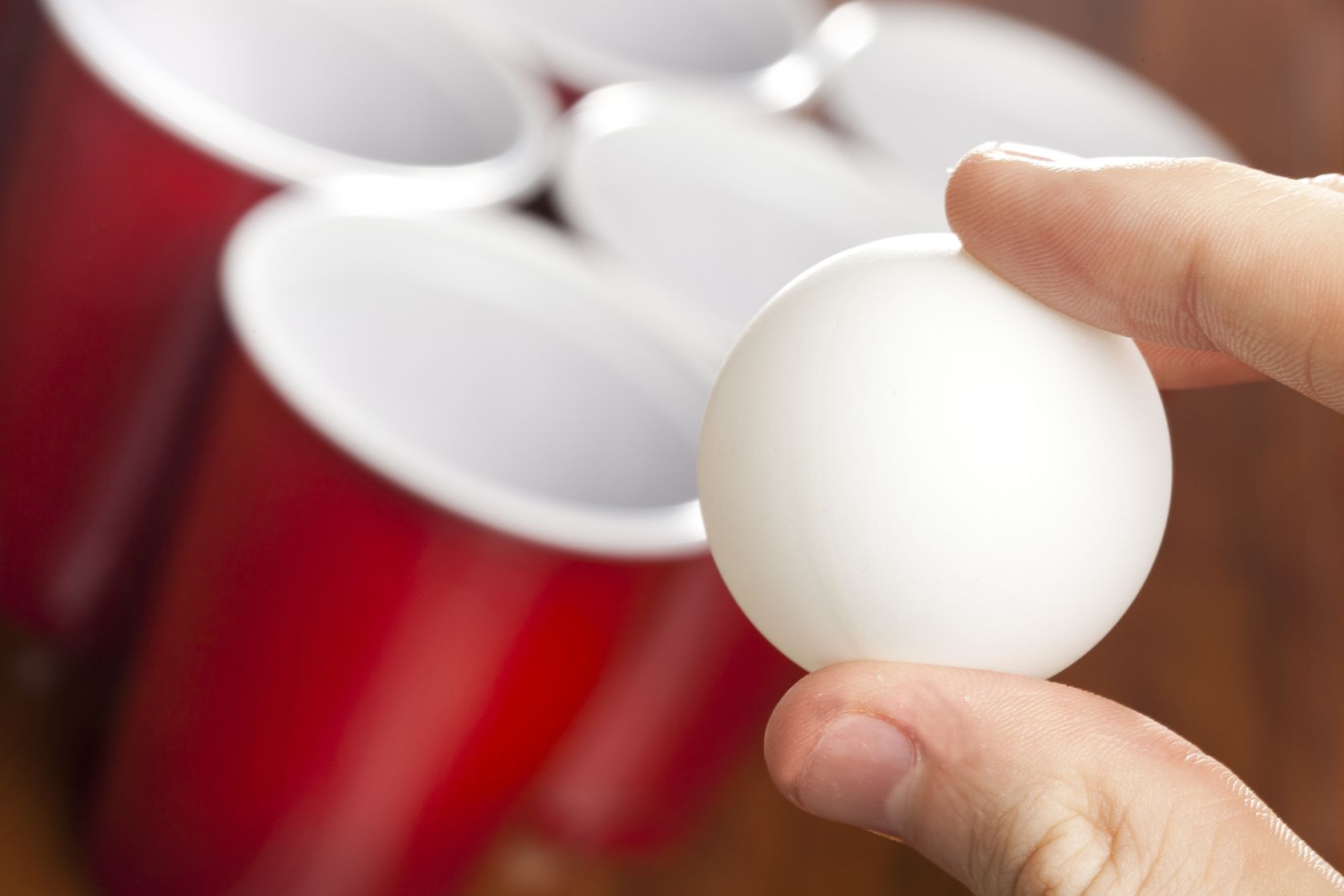 There are different ways of playing depending on your preference so feel free to shake up the rules. For example you can throw two balls at the same time, or some people like to count a table bounce shot as two cups.

However you choose to play, please do it responsibly.

If you are drinking at a party, make sure you can get home safely by ordering a taxi, do not drive.

Hartleys Direct and its affiliate brands do not condone binge drinking of any kind.

Posted in: Get messy: at home with the kids
Posted By: tom_admin
Search The Blog
Categories
Recent Posts